In recent times, there have been phones from the brand that didn’t deliver great value for money, but Xiaomi 11i isn’t that. On the contrary—it lives up to the company’s standards. The phone was first announced on the 6th of January 2022 and released six days later on the 12th. It comes at a starting price of ₹24,999 which approximately converts to $326. The device has three variants. The base variant has 6 GB of RAM and 128 GB of internal storage. The two other variants have 8 GB of RAM with 128 GB and 256 GB of internal storage.

While the phone does support an SD card, it has a Hybrid slot. Therefore, the phone can accommodate up to two Nano-SIM cards and connections from 2G to 5G, It comes in Camo Green, Stealth Black, Purple Mist, and the gorgeous Pacific Pearl. The phone’s display quality is amazing. It not only has a glass back but also IP53 certification for dust and splash protection. The device measures 6.44 by 3.00 by 0.33 inches and weighs 207 grams. It’s worth mentioning here that the gadget feels heavy and using it with a single hand isn’t an easy task.

The phone’s multimedia experience is awesome as well. It has a 6.67-inch FHD+ AMOLED screen which is protected by Corning Gorilla Glass 5. In this case, the screen-to-body ratio and PPI density are 86.1% and 395 respectively. The phone not only has a refresh rate of 120 Hz but also has support for HDR10. The device not only has a 3.5 mm headphone jack and high-resolution audio, but also stereo speakers. Speaking of which, the speakers are fantastic. The MediaTek Dimensity 920 5G processor delivers a smooth overall performance. The phone’s gaming experience is handled by the Mali-G68 MC4 GPU. On the software side of things, the device runs Android 11 with MIUI 12.5 E on top.

As you might expect, the device isn’t free from bloatware, but you can uninstall most unnecessary pre-installed apps. In the communication department, the phone has Wi-Fi 6, Hotspot, Bluetooth 5.2, GPS, USB Type-C 2.0, and USB On-The-Go. The device not only lacks FM Radio but NFC as well, which is surprising. On a positive note, it has the extremely rare Infrared Port. The biggest upside of owning this phone is its super-quick charging speed. If the ads are to be believed, the phone can go from 0 to 50% charge in just 13 minutes. The phone has a 5160 mAh Li-Po non-removable battery that supports 67W fast charging.

Its battery life is great as well. If you are an average user, it should easily last you for more than one and a half days on average use. The camera is one department, where the device falls behind the competition. Its camera performance is pretty average, and it could have certainly been better. The phone has a triple camera slot on the back. It has a 108 MP wide-angle, 8 MP ultrawide, and 2 MP macro camera. For selfies, the phone features a 16 MP wide-angle camera. The smartphone has all the usual camera features, and it can record videos up to 4K. 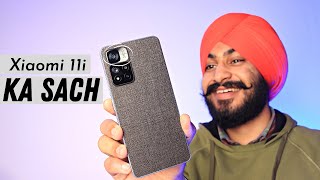 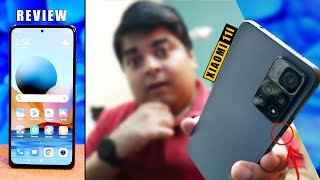