Xiaomi 12 Pro is easily one of the best Xiaomi phones you can buy in 2022. The phone was first announced on the 28th of December 2021 and released on the 31st. The device comes at a starting price of $899 and in four color options, Black, Green, Blue, and Pink. The smartphone has three variants. The base variant has 8 GB of RAM with 128 GB of internal storage. The other two versions have 256 GB of ROM with 8 GB and 12 GB of RAM. The phone doesn’t support an SD card but does have room for two Nano-SIM cards.

As for the connections, Xiaomi 12 Pro can handle 2G, 3G, 4G, and 5G. The phone’s biggest upside is that you get a great multimedia experience. The smart device has a 6.73-inch FHD+ LTPO AMOLED screen with an aspect ratio of 20:9. It has a screen-to-body ratio of 89.6% and an incredibly impressive PPI density of 521. The phone also has support for Dolby Vision and HDR10+ which makes your movie-watching experience even more enjoyable. In the sound department, the phone not only has stereo speakers but also high-resolution audio tuned by Harman Kardon.

You will have no issue using this phone outdoors as It can go up to 1500 nits of brightness. The screen is protected by the top-of-the-line Corning Gorilla Glass Victus. However, the device lacks any IP certification for dust and water resistance. This is one of the rare downsides of the Xiaomi 12 Pro. Coming to the dimensions, the device measures 6.44, 2.94, and 0.32 inches in height, width, and thickness. The weight of the device is manageable at 205 grams. The phone uses the Qualcomm SM8450 Snapdragon 8 Gen 1 processor, which is based on the 4 nm technology.

Therefore, the overall performance should be superb. The Adreno 730 GPU looks after the phone’s gaming requirements. In the AnTuTu benchmark test, the device has an exceptional score of 1070033 points. On the software side, the device runs Android 12 out-of-the-box with MIUI 13 on top. Besides all the usual sensors, the phone has a color spectrum and barometer. For communication, the smartphone has a Wi-Fi dual-band, Wi-Fi Direct, hotspot, Bluetooth 5.2, GPS, and USB On-The-Go.

While the device lacks FM Radio, it supports NFC and the pretty uncommon Infrared Port. The phone has USB Type-C 2.0 port for charging its 4600 mAh Li-Po non-removable battery. Once completely charged, the gadget should last for more than a day and a half on average use. The smart device supports 120W fast charging and can go from 0 to 100% of charge in just 18 minutes. The phone also permits 50W fast wireless charging and 10W reverse wireless charging.

Coming to cameras, Xiaomi 12 Pro performs well in that regard too. On the rear, the device features a triple camera setup, all with 50 MP resolution. More specifically, it has a wide-angle camera with optical image stabilization, a telephoto camera with 2x optical zoom, and an ultrawide camera. The phone’s camera features include Dual-LED dual-tone flash, HDR, gyro-EIS, and panorama. On the front, the phone has a 32 MP wide-angle camera for selfies. As for video recording, Xiaomi 12 Pro can do so up to 8K. 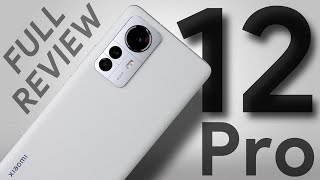 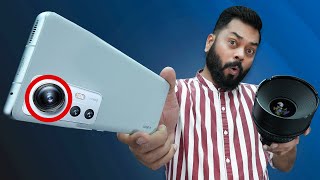