Although Xiaomi 12X is a premium smartphone, it is still the most affordable phone in their 12 series. Speaking of affordability, the phone comes at a starting price of about $650. The device was first announced on the 28th of December 2021 and released three days later on the 31st. The phone comes in Gray, Blue, and Purple, and they all look great. It has three variants, and two have 8 GB of RAM and 128 GB of internal storage. The most expensive variant has 12 GB of RAM with 256 GB of ROM. The device doesn’t support an SD card, but it has room for two Nano-SIM cards.

It supports 5G connections alongside 2G, 3G, and 4G. One of the major advantages of owning this phone is its compact size. It measures 6.01 by 2.75 by 0.32 inches and weighs 176 grams. Xiaomi 12X is also lightweight, which is another positive. Plus, Its build quality is pretty good. The phone has a 6.28-inch AMOLED FHD+ AMOLED screen, which is protected by the top-of-the-line Corning Gorilla Glass Victus. It not only has a screen-to-body ratio of 89.2% and PPI (pixels per inch) density of 419, but it can also go up to 1100 nits of brightness.

Therefore, you should have no issue using the phone outdoors, even on a very sunny day. In addition, Xiaomi 12X supports Dolby Vision, HDR10, and a 120Hz refresh rate. The phone’s multimedia experience is pleasing to many. In the sound department, the phone lacks a 3.5 mm headphone jack but has stereo speakers and high-resolution audio tuned by Harman Kardon. The processor used here is the Qualcomm SM8250-AC Snapdragon 870 5G, which is one of the strongest processors in 2022. The phone’s overall performance is expectedly great. The Adreno 650 GPU looks after the device’s gaming requirements. Moving to the software side of things, Xiaomi 12X runs Android 11 with MIUI 13 on top.

As for the sensors, the phone has all the usual ones. For communication, the device has dual-band Wi-Fi, Hotspot, Bluetooth, GPS, USB Type-C 2.0, and USB On-The-Go. While you won’t be able to listen to FM Radio on this phone, it does have NFC and Infrared Port. Its battery life is a bit disappointing, but it should still get you over the day on average use. Speaking of battery, Xiaomi 12X has a 4500 mAh lithium polymer non-removable battery. It supports 67W fast charging, which can get the device from 0 to 100% of charge in just 39 minutes, as per the ads.

The device also supports Power Delivery 3.0 and Quick Charge 4 but not wireless charging. On the subject of cameras, it should be said that their overall performance is decent. The phone has a 50 MP wide-angle camera with OIS, 13 MP ultrawide, and a 5 MP telephoto macro camera on the rear. In addition to the usual camera features, the phone has Dual-LED dual-tone flash and gyro-EIS. Xiaomi 12X also features a 32 MP wide-angle camera for selfies and video communications. When it comes to video recording, the rear camera set-up can record videos up to 8K, while the front camera can record videos up to 1080p. 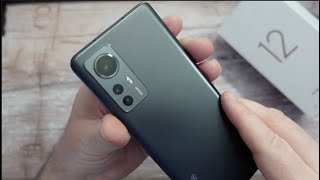 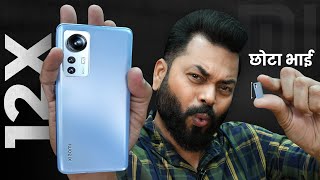