Xiaomi Black Shark 5 Pro is a great gaming smartphone that does well in most departments. Usually, gaming phones deliver average camera performance. That’s not the case with this phone, though, as its overall camera performance is decent. The 108 MP wide-angle camera with PDAF is the best of the lot, as it takes great shots most of the time. In addition to the aforementioned camera, the phone has a 13 MP ultrawide and 5 MP telephoto camera with autofocus on the back. It would have made more sense if the ultrawide camera had autofocus.

Xiaomi Black Shark 5 Pro also has a 16 MP wide-angle camera for selfies. Video recording is allowed up to 4K@60fps. Speaking of calls, the device can handle connections up to 5G and up to two Nano-SIM cards. Like most high-end phones, it doesn’t support a memory card. However, the phone’s internal storage should be more than enough for most users. It comes in three RAM/ROM combinations which are 8 GB/256 GB, 12 GB/256 GB, and 16 GB/512 GB. The phone has an NVMe SSD, which is a major plus. This, together with 144 Hz refresh rate, 720 Hz touch sampling rate, and Adreno 730 GPU delivers a silky smooth gaming performance.

However, the phone does get very warm during long gaming sessions. To counter that, you can use the official Black Shark Magnetic Cooler that sticks onto the back of the phone. Its overall performance is top-notch, as you would expect from Qualcomm’s top chipset, Qualcomm Snapdragon 8 Gen 1. On the software side, the device runs Android 12 out-of-the-box with Joy UI 13 on top. While the UI might appeal to gamers (its target audience), it’s not meant for everyone. It feels heavy at 220 grams, but so do most gaming-centric phones.

Like its rivals, it has LED lighting on the back which can be customized to your needs. The phone has a metal frame, a glass back, and a look that will surely appeal to gaming fans. It is easy to hold thanks to the smooth matte finish glass back. It also has physical pop-up gaming triggers, which improve your overall gaming experience. In terms of color, the options are Black and White. Coming to sensors, the device has all the usual sensors. Xiaomi Black Shark 5 Pro has an amazing display quality. It has a 6.67-inch FHD+ OLED screen with a 20:9 aspect ratio.

The screen-to-body ratio and PPI density are 85.7% and 395 respectively. Xiaomi Black Shark 5 Pro not only has support for HDR10+ but can also go up to 1300 nits of peak brightness. Therefore, you don’t need to worry about visibility whether you’re indoors or outdoors. In the sound department, the device has stereo speakers and high-resolution audio. It lacks a headphone which is expected. A matter which does raise some eyebrows is the use of OLED instead of an AMOLED screen. This is because AMOLED screens are known to be more power-efficient, compared to the former.

The device has a 4650 mAh Li-Po non-removable battery which falls on the shorter side both in terms of size and backup. With average use, the phone should get you over the day with ease, but you shouldn’t expect much beyond that. Xiaomi Black Shark 5 Pro supports 120W fast charging, making it one of the best phones in terms of fast charging. Connectivity options include USB Type-C 2.0, video output, NFC, GPS, Bluetooth 5.2, dual-band Wi-Fi, and a Hotspot. The phone comes in at a starting price of about €600, which approximately converts to $631. 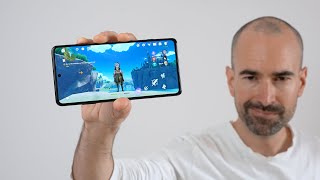 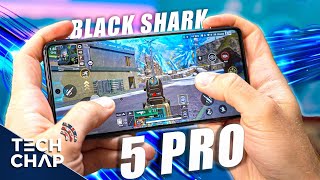