While the newer edition of Xiaomi Mi 11 Lite 5G is already out there in the market, this edition still provides great value. The Xiaomi Mi 11 Lite 5G was launched on the 16th of April 2021, while it was first announced on the 29th of March 2021. The other name of the aforementioned phone is Xiaomi Mi 11 Youth. In comparison, the Xiaomi Mi 11 Lite 5G NE was launched in September 2021. The device is powered by the Qualcomm SM7350-AB Snapdragon 780G processor based on the 5 nm technology. In comparison, the newer edition is powered by the Qualcomm SM7325 Snapdragon 778G 5G processor. This can be looked upon as an advantage of this phone, as it has a faster chipset.

The device has an Octa-core processor and its AnTuTu benchmark score is 567000. The device runs Android 11 with MIUI version 12. The Adreno 642 GPU looks after the gaming requirements of the phone. The height, width, and thickness of the mobile are 6.32 inches, 2.98 inches, and 0.27 inches respectively. The weight of the phone is 159 grams, which makes it lighter than most other phones available today. The device has a glass back and a glass front that is protected by Gorilla Glass 6. The device supports two Nano-SIM cards and connectivity from 2G to 5G. However, it doesn’t have a dedicated SD card slot, meaning you won’t be able to use two SIM cards and an SD card at the same time.

Coming to cameras, the smartphone is equipped with a triple camera set-up on the back. It has a 64 MP wide camera, an 8 MP ultrawide camera, and a 5 MP macro camera. The triple camera set-up allows you to record videos at 4K and 1080p. Camera and video features include Dual-LED dual-tone flash, HDR, and panorama. On the front, the phone has a 20 MP camera for your selfie and video conferencing needs. The front camera, on the other hand, allows you to record videos at 720p and 1080p. Looking at the specs, the phone should deliver a good camera performance.

The smartphone has dual-band Wi-Fi, Wi-Fi Direct, Hotspot, Bluetooth 5.2, and GPS. Coming to sensors, the Xiaomi Mi 11 Lite 5G has a side-mounted fingerprint scanner, accelerometer, gyro, and compass. However, it’s worth mentioning here that users have encountered issues with the fingerprint scanner. Coming to matters of battery and charging, the phone has a 4250 mAh lithium-polymer battery. The device supports 33W fast charging, USB Type-C 2.0, and USB On-The-Go. Like the fingerprint sensor, users have also encountered battery drain issues on this phone. 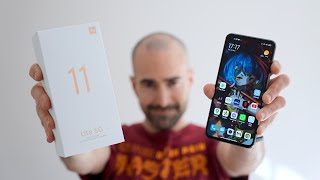 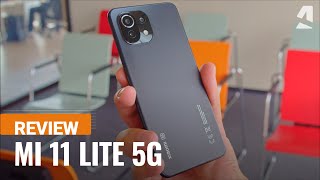