2016 was a great year for Xiaomi mostly because they launched so many smartphones that year. Well, the model we have in front of us is certainly not an exception. The price of Xiaomi Mi 5 is little under $300, Xiaomi Mi 5 is a solid entry-level or even mid-range, affordable device. There are a few other very good phones for a similar price, and if you’d like to get a little cheaper one – go for Redmi Pro. Back to the topic at hand – this is one of the smallest and thinnest phones we’ve seen. The weight is just under 130g, while the full dimensions are 144.6mm x 69.2mm, and it’s 7.3mm thin!

When compared to models like Xiaomi Redmi 3x, we begin to appreciate how thin it is. To add to that, the screen isn’t the biggest around, only 5.15-inches, which is still decent. A little short of a phablet, even. Other Xiaomi Mi 5 features when it comes to screen are very good too – not only is it full HD, 1920 x 1080 pixels resolution, but also made with IPS technology. It ensures good contrast and vivid colors on the screen, and it will pleasantly surprise you. There’s even Corning Gorilla Glass 4 technology thrown into the mix, and it will protect you from scratches and damage.

The camera is quite exquisite, at least the back one. It sports 16 MP resolution, allowing for big images you can crop to your liking. But it’s also quality and comes equipped with 4-axis optical image stabilization. Forget shaky videos that look like they’re taken with VGA camera, this is the real deal. It goes as far as recording 4K videos at 30 frames per second, and all for under $300. The front one is literally just added to fill in the specs sheet. It’s 4 MP and records 1080p videos at 30 fps, and we’re not sure what you can do with this information.

A lot of time has passed since it was released, and we can already see all the similarities and differences with Xiaomi Mi 5s. For example, the specs of Xiaomi Mi 5 are almost the same, while the one we’re talking about today sports Quad-core Qualcomm Snapdragon 820, the 5s uses 821. Similarly, this one has Adreno 530, which is almost high-end, and it has stayed the same. If it works great, why change it? The RAM, too, has stayed either 3GB or 4GB, depending on the type you choose.

A flaw we noticed right away – there’s no SD card slot! Yes, you do get 32GB of internal storage with the phone, but what if it isn’t enough? You’ll have to replace files in order to maximize capacity, constantly delete and transfer. It can get annoying after some time, and you might want to go for Xiaomi’s Mi 5X, which does possess one. The battery is of decent size for a smartphone like this. Especially with full HD resolution, its Li-Po 3000 mAh capacity will be just enough. It will last a day of moderate use, if not more, that’s for sure. What’s even better – there’s a Quick Charge feature to it, allowing you to get back on your feet pretty fast. 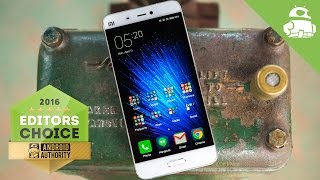 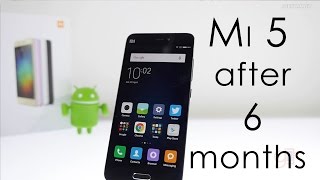 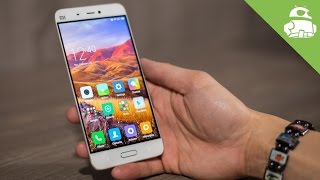 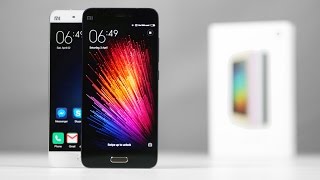 7.1
Post a Review Please note that each user review reflects the opinion of the respectful author. To get approved, make sure that the review is big enough and contains unique opinion.