Xiaomi Mi CC9 Pro, the latest camera-oriented smartphone from Xiaomi. The device comes with a whopping 108 MP camera on the back joined with 4 other supporting cameras of 5, 12, 2, and 2 megapixels totaling 5 cameras on the back, plus a selfie camera with 30 megapixels on the front. So, there is no question that the device is primarily focused on those who want to take pictures. The 5260 mAh huge battery inside will support this big camera setup by providing enough power for all-day usage. If you are someone looking forward to trying the smartphones with better cameras that come for affordable pricing considering all the features packed inside, this $400 range smartphone could be your new target.

Coming from a brand always known for producing cheap products with good quality, we can expect that the CC9 Pro will also have the same specialties. Boasting a huge camera with some special advantages that too in 5 different lenses, the device would be perfect for the people who always want to experiment on smartphone cameras. Performance-wise, we do not think that the new CC9 Pro will be any competition to the flagships such as the Samsung Galaxy S10 or similar devices that comes with several times the pricing of this Xiaomi smartphone. However, an 8GB RAM coupled with a powerful octa-core processor will be more than enough for regular usage or some good gaming. Even though the smartphone hosts a 256 GB ROM inside, it doesn’t include a memory card slot which is a bit of a disappointment considering the videos from the camera will not be that small because of its 4K video recording capabilities.

Under the hood, it is supported by a 5260 mAh huge battery that could provide all-day performance. The battery will ensure that you could use the high-end smartphone camera without interruption for hours. For a smartphone that comes with 5 cameras, the capacity of the battery should be something bigger just like Xiaomi did in this device. We appreciate their effort in going for a bigger battery than their recent flagships. CC9 Pro will be running on the MIUI 11 which just released for other smartphone models supported by Android 9.0 on the back. According to the reports, the latest optimizations on the device could make the battery last longer resulting in better user experience on the device. Even though the 6.47-inch large display would consume some considerable amount of power, it can last longer under certain brightness and performance optimizations. The new dark mode feature in the MIUI 11 would also help to reduce the battery drain issues.

The device is not that heavy, but not lightweight as well. It weighs 208 grams and will feel pretty big in the hand. So, if you don’t like bigger devices, you probably shouldn’t go for this one. But considering the fact that you cannot get any smaller devices that come with features such as 5 camera setup, you probably should adjust with the sizing. The device will be available in 3 different color variants as Aurora Green, Glacier White, and Midnight Black. Xiaomi is definitely experimenting with a lot of features and design changes on their new smartphones including the much-better front-camera notch. So, we could expect that this would be another flagship from the Chinese smartphone brand. 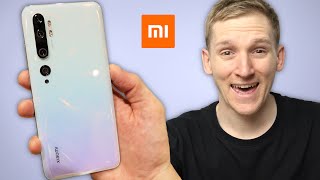 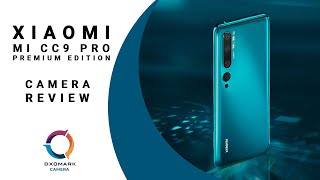 9.6
Post a Review Please note that each user review reflects the opinion of the respectful author. To get approved, make sure that the review is big enough and contains unique opinion.