Xiaomi is well-known company for several reasons. They tend to manufacture great smartphones and they always fall into a budget category because of their affordable price. Well, nothing has changed in case of this one, luckily. Xiaomi Mi Max was released in May of 2016 and its one of the biggest smartphones of today, with a huge 6.4″ screen. That’s its main selling point, and for fans of watching various videos or movies on your phone, it’s as good as it gets. However, not everything is great about it, and that’s what we’re here to talk about.

Like we said, it’s a huge smartphone, weighing over 200g. But it’s very thin, which is a redeeming factor in our opinion, and that truly makes us happy. It would be too chunky if it wasn’t. Even though the screen is IPS and 6.44-inches like we mentioned, the resolution isn’t a strong point.  Xiaomi Mi Max specs boast and support only 1920 x 1080 pixels, which is a full HD resolution. We’ve seen smaller phones with way bigger resolutions, and this uncertainty scared us. However, it’s still pretty impressive to see, although at a closer inspection it’s evident.

Moving on, the camera combination is pretty common for some of the Xiaomi mobile phones. It’s 16MP of resolution on the back along with dual-LED flash. A standard combination, allowing for decent photos in low-light conditions. Unfortunately, the front one is only 5 MP in size, which is enough for urgent selfies only. What surprised us is the ability to take 4K videos in 30 frames per second. That looks great on paper, but in reality, it’s far from extremely impressive. But that’s what you’d expect with a price of Xiaomi Mi Max – $200. Also, do not confuse this one with Xiaomi Mi Mix and Mi Mix 2, although with similar sounding names, the specs are different.

Next up on our list – all the peripherals underneath. First of all, we see Xiaomi going with a classic processor based on Qualcomm Snapdragon 650 architecture. It’s a Hexa-core with 4×1.4Ghz cores and two 1.8Ghz ones. Although far from top-notch now, it was the deal back in 2016, and it’s still very relevant. The GPU matches the CPU perfectly, and it’s an Adreno 510 one, in combination 3GB of RAM. All these Xiaomi Mi Max features and specifications make for a stellar combination for an affordable price. Also, the phone ships with Android 6.0 (Marshmallow) out of the box, but can probably be upgraded further if you desire.

The battery is another selling point for the beauty we see in front of us. It sports 4850 mAh of capacity, which is quite a lot for phones with bigger resolutions and peripherals. For example, Samsung Galaxy S8+, with a similar-sized screen and a greater resolution only possesses 3500. This should assure you, you’ll have a huge far-from-outled usage time, and less time to worry about sticky situations. In the end, it ships in two versions – 32 and 64GB of internal memory. It will be up to you to choose, but keep in mind – it can always be expanded via a microSD card. 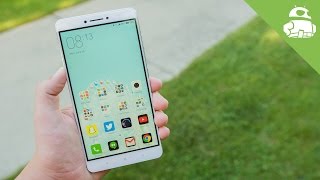 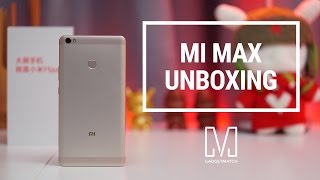 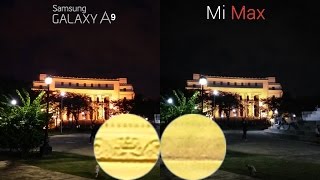