The Xiaomi Redmi Note 10S is a new and improved version of the Xiaomi Redmi Note 10. The phone was announced on the 4th of March 2021 and was released the following month, on the 28th of April 2021. The smartphone runs Android 11 out-of-the-box, with the MIUI 12.5. The device is powered by the Mediatek Helio G95 processor, which is based on the 12 nm technology. It has an octa-core processor and a benchmark score of 324498 points on AnTuTu. Mali-G76 MC4 handles the gaming requirements of this phone. The device can handle two Nano-SIM cards and connectivity from 2G to 4G.

Coming to the dimensions of the phone, it measures 6.32 inches, 2.93 inches, and 0.33 inches in height, width, and thickness respectively. The Xiaomi Redmi Note 10S weighs 178.8 grams, which definitely falls on the lighter side. The phone has a 6.43 inches AMOLED screen which is protected by Corning Gorilla Glass 3. The screen-to-body ratio, screen resolution, and the aspect ratio of the device is 83.5%, 1080 x 2400 pixels, and 20:9. The device has an IP53 rating for dust and splash protection, and it can go up to 1100 nits of brightness, which is amazing. Specs-wise, you should have no problem using the phone outdoors and have a great multimedia experience as well.

As far as the cameras are concerned, the phone has a quad-camera set-up on the back. It has a 64 MP wide-angle camera, an 8 MP ultrawide camera, a 2 MP macro camera, and a 2 MP depth sensor camera. On the front, the smartphone has a 13 MP wide-angle camera for selfies and video calls. While both the front camera and the rear camera set-up can record videos at 1080p, the rear camera set-up can record videos at 4K as well. LED Flash, HDR, and panorama are some camera features you get on this phone. While the Xiaomi Redmi Note 10S should deliver a good camera performance on paper, there have been reports of users not being satisfied with the camera performance.

Moving to the sound department, the phone has high-resolution audio, stereo speakers, and a 3.5 mm headphone jack. On the topic of communication, the device has dual-band Wi-Fi, Wi-Fi Direct, Hotspot, Bluetooth 5.1, and GPS. The device not only has NFC but an infrared port as well, which isn’t exactly common in mobiles of this price range. Some of the sensors you get on this phone are proximity sensor, ambient light sensor, accelerometer, gyroscope, and IR Blaster. The Xiaomi Redmi Note 10S has a 5000 mAh lithium-polymer non-removable battery. The phone supports 33W fast charging and has USB Type-C 2.0. 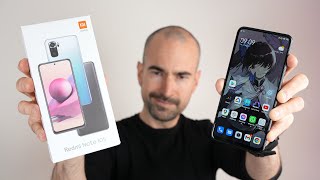 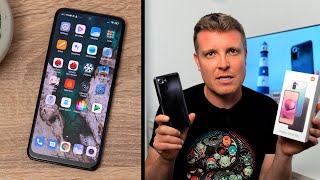