Xiaomi Redmi Note 11 Pro 5G is the most premium phone in the Note 11 series. The phone was first announced on the 26th of January 2022 and released three weeks later on the 18th. The gadget comes at a starting price of about €290 which converts to around $321. It comes in Graphite Gray, Polar White, and Atlantic Blue and has three variants. Two variants have 6 GB of RAM with 64 GB and 128 GB of internal storage. The more expensive variant has 8 GB of RAM with 128 GB of internal storage.

The phone has a hybrid card slot which has room for an SD card. Therefore, the device can support up to two Nano-SIM cards and connections from 2G to 5G. The presence of 5G connectivity is one of the major upsides of owning this phone. The device’s build quality is its biggest, in our opinion. It has a glass back and front, both protected by Corning Gorilla Glass 5. In addition, it sports an IP53 certification for dust and splash protection. The device has a somewhat manageable weight of 202 grams and measures 6.46 by 3.00 by 0.32 inches.

The phone delivers a very good multimedia experience as well. It has a 6.67-inch FHD+ Super AMOLED screen that has an aspect ratio of 20:9. Xiaomi Redmi Note 11 Pro 5G has a screen-to-body ratio of 86% and a PPI density of 395. It also has support for HDR10, which only improves the viewing experience. The phone can go up to 1200 nits of brightness so that you have no issues using it outdoors. The device has stereo speakers, high-resolution audio, and a 3.5 mm headphone jack. It’s safe to say that the phone scores big in the sound department.

The overall performance delivered by the Qualcomm SM6375 Snapdragon 695 5G processor is okay. However, you can find better-performing phones at this price. The Adreno 619 GPU looks after the phone’s gaming performance. On the software end, the device runs Android 11 with MIUI 13 on top. As you might have guessed already, the phone isn’t free from bloatware. This is another downside of owning the Xiaomi Redmi Note 11 Pro 5G. Coming to sensors, the phone has all the usual ones.

As for the cameras, the performance is pretty respectable. The phone features a triple camera setup on the back. It has a 108 MP wide-angle, 8 MP ultrawide, and 2 MP macro camera. The phone has several standard features including LED flash, HDR, and panorama. For selfies, the phone boasts a 16 MP wide-angle camera. As for video recording, the Xiaomi Redmi Note 11 Pro 5G can do so in 1080p@30fps. When it comes to communication, the phone has dual-band Wi-Fi, Wi-Fi Direct, hotspot, Bluetooth 5.1, GPS, USB Type-C 2.0, and USB On-The-Go. The device not only has NFC but also the quite rare Infrared Port.

The gadget shines in the battery department. It has a 5000 mAh lithium polymer non-removable battery that supports 67W fast charging. If you are an average user, you should easily get around one and a half days of use out of it. What makes this deal even sweeter is that the device can go from 0 to 100% of charge in just 42 minutes. Besides, the Xiaomi Redmi Note 11 Pro 5G has Power Delivery 3.0 and Quick Charge 3+. 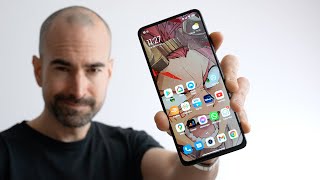 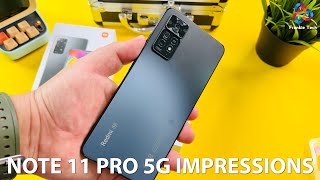