Xiaomi Redmi Note 11S is a good mid-tier phone, but it doesn’t deliver great value for money. This is something we have come to expect from Xiaomi over the years. The phone was first announced on the 26th of January 2022 and released two weeks later on the 9th. The device comes at a starting price of €249 (approximately $281) and in Graphite Gray, Pearl White, and Twilight Blue. The phone has three variants. Two variants have 6 GB of RAM with 64 GB and 128 GB of internal storage.

The more premium variant has 8 GB of RAM and 128 GB of internal storage. If you need more storage, you can use an SD card. The device has a dedicated card slot, meaning you can use an SD card and two Nano-SIM cards at the same time. In terms of connections, the device can support 2G, 3G, and 4G. While you can get 5G phones at this budget, they aren’t very common either. Coming to the dimensions, the device measures 6.30 by 2.91 by 0.32 inches. Xiaomi Redmi Note 11S is also lightweight at 179 grams.

The phone’s build quality is good, and it has IP53 certification for dust and splash protection. What’s even better is the phone’s multimedia experience. The phone has a 6.43-inches FHD+ AMOLED screen shielded by Corning Gorilla Glass 3. While the screen-to-body ratio of 84.5% is less than ideal, its PPI density of 409 is impressive. The device can go up to 1000 nits of brightness so that you face no issues using it outdoors. The experience is also improved by the presence of high-resolution audio and stereo speakers.

On the software side, the Xiaomi Redmi Note 11S runs Android 11 with MIUI 13. It does have bloatware, but you can uninstall most unnecessary pre-installed apps. The performance delivered by the Mediatek Helio G96 is acceptable. However, it can’t be denied that you can get phones that perform better at similar prices. The Mali-G57 MC2 GPU handles the phone’s gaming requirements. Coming to cameras, the performance is decent, but not in low lighting conditions. On the rear, it has a quad-camera setup.

It boasts a 108 MP wide-angle, 8 MP ultrawide, 2 MP macro, and depth sensor camera. The phone’s camera features include LED flash, HDR, and panorama. As for video recording, both the front and the rear camera setup can record videos in 1080p@30fps. The Xiaomi Redmi Note 11S has all the usual sensors. For communications, the device has a Wi-Fi dual-band, Wi-Fi Direct, hotspot, Bluetooth, GPS, USB Type-C 2.0, and USB On-The-Go. The device not only has NFC support but an Infrared port as well, which isn’t easily found in phones across all categories.

The phone’s battery life is awesome. If you are an average user, the device should last you for more than one and a half days. The device sports a 5000 mAh lithium polymer non-removable battery that supports 33W fast charging. What’s also a plus is that the phone can go from 0 to 100% charge in an hour. Sure, the charging time isn’t the best in its class, but it isn’t the worst either. In addition, Xiaomi Redmi Note 11S has Power Delivery 3.0 and Quick Charge 3+. 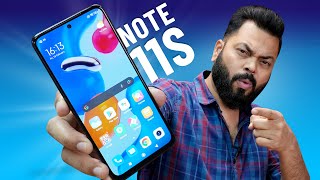 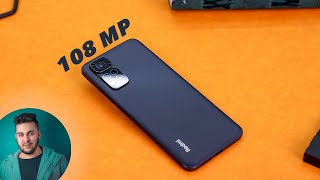