Back in August 2015, Xaiomi released their new smartphone that aimed to hit the mid-range market. And in our opinion and review you’ll see, it did. Xiaomi Redmi Note 2 was a great budget smartphone for the time, and it still is quite relevant. The processor inside is often found in these types of smartphones. Overall, the CPU is great for the price and will give you some space to maneuver in terms of multitasking and internet browsing. GPU, however, isn’t the best you can find for this price tag and it’s PowerVR G6200, but will do just fine in terms of gaming.

Now, before we go any further, one major issue here is that it comes with Android 5.0 operating system. We’re not exactly sure if it can be upgraded further, and only time will tell. Luckily, most of the apps on Google Play still support this version of Android. It’s not exactly an extremely old version, so you don’t need to worry for at least a couple years. Okay, onto all of Xiaomi Redmi Note 2 features. First of all, it’s a lightweight phone, but very thick. To be more precise, it weighs around 160g but 8.3mm of thickness isn’t picking up any praise.

In our analysis, it could’ve been thinner, the battery is no excuse. Remember, Xiaomi Mi Max has a 4850 mAh Li-Ion battery and is only 7.3mm thin, while this one possesses 3060 mAh Li-Po one. However, they share one common feature – a full HD resolution. If you haven’t already taken a look at the link, that one has a 6.44-inch screen, while this one sports ”only” 5.5-inches. This, in return, means the picture will be way sharped and with more details. If that’s something you’d go for, then this is the phone for you. An IPS LCD screen panel ensures the colors stay vivid and punchy, and breathe life into stuff you watch.

Where the camera is concerned, it’s a bit under the common combination we often find in Xiaomi mobile phones. It’s a 13 MP / 5 MP combination on the back and the front, respectively. It’s just okay for daily basis, nothing extravagant, with an ability to take 1080p videos at 30 frames per second. You have to keep in mind, this is pretty good for the Xiaomi Redmi Note 2 price of $187. What kind of isn’t – the memory capacity. Even though the phone comes with 16GB of internal memory on its own, the expanding capabilities aren’t great.

As the phone is two years old and more, its microSD slot can take up to 32GB of additional memory in form of a card. That isn’t very good, but we suppose you won’t be dealing with extremely big apps or videos. For a common day-to-day use, it’s just enough. To end our adventure, it’s important to clarify the specs of Xiaomi Redmi Note 2. Like we already mentioned, its PowerVR G6200 will only take you so far,  and is nothing extraordinary. The CPU is quite better in comparison, Octa-core MediaTek Helio X10. To add to that there’s 2GB of RAM, which is enough for all non-demanding games. 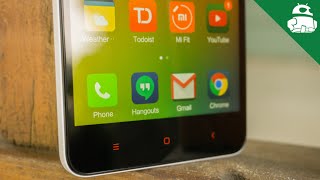 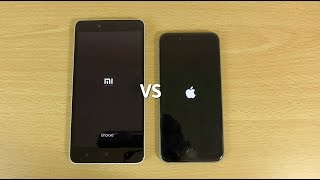 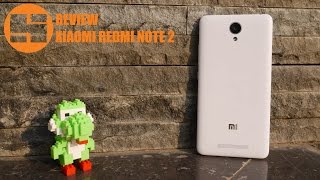 6.4
Post a Review Please note that each user review reflects the opinion of the respectful author. To get approved, make sure that the review is big enough and contains unique opinion.