Xiaomi Redmi Y1 took the world by storm when it arrived this November from Xiaomi, a famous Chinese smartphone manufacturer. On the first glance, it is possible to say you’ll definitely get your bang for your buck. It fits in the hand comfortably, and with a 5,5-inch screen, you’ll be able to see apps and navigation clearly. However, although it sports an IPS LED touchscreen, it only has a resolution of an HD standard – 1280 x 720 pixels. That’s a shame for a screen this big. But don’t let that ruin your fun, let’s take a look at the some of the Xiaomi Redmi Y1’s best features:

The first time you open your camera roll, you will be amazed by the front-facing selfie camera that it possesses – 16 MP! Although that isn’t unheard of, it is certainly one of the most amazing features of Xiaomi Redmi Y1. You can now upgrade your selfie game and share it with your friends. If you wake up red and swollen by any chance, no worries. Xiaomi is equipped with Beauty 3.0 feature, for the perfect natural details enhancement. While doing that you’re preserving original facial features. Some of the newest upgrades allow you to take your selfies in low-light conditions as well.

Another strong point of Xiaomi’s newest smartphone is certainly its battery. It comes with a 3080 mAh Li-Ion battery, which is pretty much standard on today’s market. Xiaomi promises it’ll last you about 10 days of standby time! But who are we kidding, you won’t be able to resist using this beauty of a smartphone on a day-to-day basis. So, let’s hear about Xiaomi Redmi Y1 specs when it comes to battery life. It is promised you’ll be able to play games for about 12hr or watch videos for approximately 10 hours. If you’re an avid reader, get this, you’ll have about 21hr of reading time!

Now that we touched the topic of playing games, let’s see what your 165$ will get you. If you didn’t understand, that is the current price of Xiaomi Redmi Y1. First of all, Xiaomi has an integrated Adreno 505 GPU, which isn’t exactly a top-end GPU. Even though it isn’t, it has shown capable of playing really demanding games. In conclusion, I can say with confidence, you’ll be satisfied. The slightly worse news is that it has an Octa-core Qualcomm MSM8940 Snapdragon 435 processor. That’s an older model but for a lower cost phone like this, it’s reliable and packs enough of a punch.

It’s time we go over one of the most interesting features of this smartphone, and that is MIUI 9. Now, you might be asking yourself, don’t I already have a pretty good Android 7.0 operating system? Well, Xiaomi has offered a possibility to upgrade to a custom ROM called MIUI 9. You can do that from all the recent versions that hit the market. Not only will you get a visual upgrade for your interface, it is also coupled with system-level customizations and optimizations for performance and power saving. With all that being said, if you’re looking for a low-cost budget option that’ll serve you reliably, you should definitely go for Xiaomi Redmi Y1! 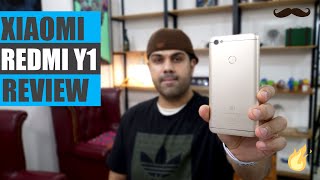