LG V20 is yet another smartphone from LG’s V series. It does bring quite a few when it comes to performance, but the whole look has been thought out. For example, it’s way less bulky and thinner, which was something we didn’t adore on LG V10. It’s not 7.6mm thin, and pretty lightweight – only 174g. The color choice is interesting – silver, Titan, and pink. Not a lot to choose from, but it’s the specs that matter, right? You can always purchase a silicone case to your liking, so it’s both protected and looks awesome and unique.

It launched near the end of 2016, so we’ll compare it to phones coming out that year. First of all, the display has always been great, and it has stayed that way. It’s an IPS LCD, boasting 5.7-inches in diameter, and with a QHD resolution of 2560 x 1440 pixels. To add to that, there are standard features – multi-touch and Corning Gorilla Glass 4. But what isn’t there usually – a secondary display. It’s located on top of the usual one, and its main purpose is to show additional notifications, quick launch apps and more. Its resolution is 1040 x 160 pixels, and 2.1 inches in size.

In the end, it’s something unique, and it’s up to you to decide if you like it. We found it very useful when doing other things, and don’t want notifications to get in the way. Also, LG V20 features are the first one that received Android 7.0 Nougat pre-installed, right out of the box. It brought visual upgrades as well as functional. The battery also received a tiny upgrade, going to 3200 mAh, and being removable. That’s not something we often see, as they’ve been sealed to prevent tampering and allow waterproofing of today’s mobile phones. Plus, it feels good to know you can just take the battery out if things go awry.

Next up – the camera. We were surprised to see a dual 16 MP + 8 MP camera on the back. Yes, it’s trendy now, but it wasn’t in the past, at least not in this capacity. It does the job very, very good, and with a laser autofocus, you’ll get DSLR-like pictures with ease. No need to carry a heavy camera and batteries anymore, it does it all for you on the spot. The background will be blurred and foreground sharp, making it looks very professional. The only possible flaw is LG V20 price – $360. Not incredibly expensive, but in range with Samsung Galaxy J5 (2017), for example.

In the end, LG V20 specs. We have a Quad-core Qualcomm Snapdragon 820 at our disposal, and it will take care of all our multitasking needs in combination with 4GB of RAM. Add Adreno 530 GPU to that, which is almost the top-end one, and you’ve got a killer combination. When memory is in question, just like on LG G5, you have an option to get 32GB by default, but also a 64GB version. In case it’s not enough for your needs, microSD card will expand it and take care of that. In our review of LG V20, we found it very good for the price, although the camera’s stabilization needs some improvement. 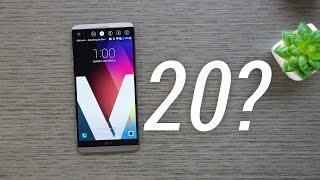 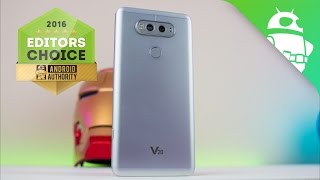